I don't often do this, but I thought I'd join the chorus of bloggers recommending both volumes of Kazuo Umezu's Cat Eyed Boy as the PICK(S) OF THE WEEK! I just received the second volume from Amazon today (the first arrived last week), and I haven't even read them yet but just browsing through them I already think they're worth the full cover price ($25 apiece). The design by Ronnie Casson is gorgeous, with bold, striking covers and snazzy end flaps. The second volume has a couple nice extras at the end, including a short appreciation of Umezu's work by Mizuho Hirayama and a listing of key Umezu works (including those put out by other publishers, a gesture I always find classy). But the biggest reason I'm so excited about these two oversized volumes is because, just flipping through them, I've already seen enough disturbing imagery to fuel my nightmares for the next couple months.

And is it just me, or does this 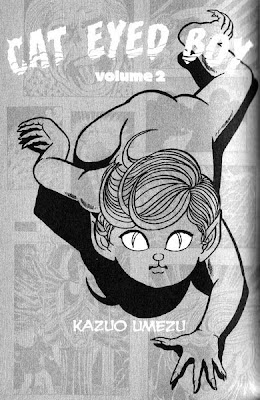 remind anyone else of this? 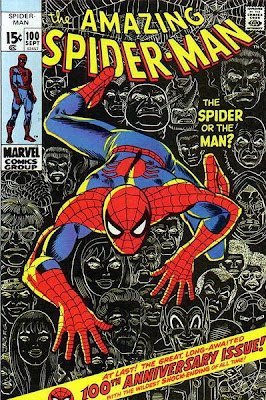 Separated at Birth: Cat-Eyed Boy and Spider-Eyed Man
So, in summary, yes, yes you should rush out and spend $50 on some 1960s horror manga. 'Nuff said!